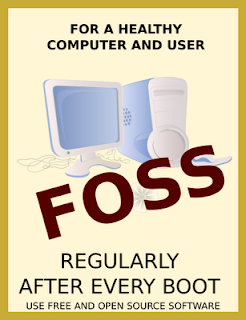 He who writes the history has the strength of his point of view. I am thinking about who discovered America......., first? Does first claim really give people power, authority and influence? I do know that if you repeat a thing enough in the public's ear, it tends to stick, the same as when things appear in print. So you make a claim and repeat it until everyone believes it. The trouble is that it may not be the whole truth and maybe falsehood entirely. So, Columbus was here first from a certain point of view. The people he met here did not write history so they had no valid claim to the people Columbus reported to. He who writes the ads has the strength of his point of view. History/advertising/history, there is no difference.

We buy sneakers with the brand-name because they are endorsed by well known champions. We buy because we like to emulate and imitate and psyche ourselves into believing we are improved by having bought. What about track stars wearing the best engineered sneakers in the world being beaten consistently by unknowns wearing shoes made from recycled tire treads? Not a problem, the brand-name sneaker company will go all out to put their shoes on those faster feet. The name-brand sneaker maker's reputation remains intact and the advertising rings true. The real truth is, it's not the shoes!

Who writes history/ads, who believes them? So far in the cyber-world, the commercial names have the advantage because they write the history/ads. Any business with a product who does not market is unknown, period. It does not matter if you have truly the best product ever made, if you don't advertise it, no one will know to buy.

Linux and Open Source Software need to develop a marketing plan according to the open source way of doing business. One example I listen to everyday is Public radio/TV. It delivers in an open format news and shows not found on network radio/TV with little to no commercial advertising support, being funded by individual listeners and foundation donations. This requires two things, the ability to ask users for funding and support in a more obvious way and a certain accountability so that folks know where bucks are going. It's all about how this program is explained into the public's ear, what they see in the media. Then repeat it, until we all believe it, accept it, do it. We sort of have done some of this already but public radio/TV is well known and Linux and Open Source Software is not, so we have a lot of work to do.

Linux and Open Source Software are free, yet people have a hard time believing that. They are right for thinking that, everything cost something. While it is free, support is requested. This can be donations of money, word of mouth promoting, bug reporting, project development or however people can be involved in the user support community.

The commercial concerns in cyber-world want Linux and Open Source Software to endorse the traditional business models and structures, play by their rules, they call it a level playing field. Linux and Open Source Software does not fit those models, those structures and transends field play. We are a parallel universe sharing the same space and allowing people to travel inter-dimensionally back and forth as needed. We should stick with the open source way, we have come this far, and have worked wonders.
Posted by rno at 8:55 AM