Here's some screenshots of my Puppy Linux desktop. 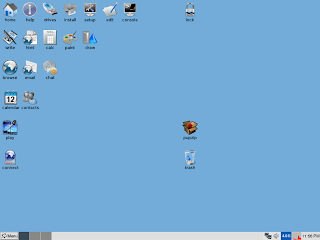 This is one of the default desktops, uses a window manager called Joe's Window Manager or JWM for short. Kind of Win95ish. You have icons plus the popup menus. 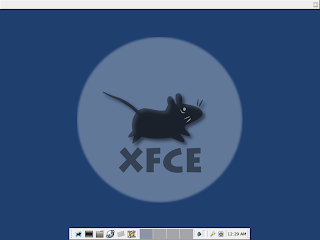 This is the default XFCE desktop, very sort of Mac like. Quite, clean, the popup menus are such that desktop icons are redundant. 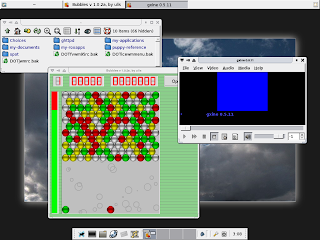 This is where I am at today. XFCE desktop is very clean. I am looking into dressing it up with themes and such. I upgraded Puppy Linux from 2.17.1 to 3.00 which just came out yesterday. While not as flashy as some desktops, Xfce is easy to deal with and has a solid feel. Puppy is amazingly functional for its small size. Version 3.00 is supposed to be Slackware compatible. Slackware is the granddaddy of Linuxes. The really neat thing about Puppy is that you can use it as a universal rescue disk. You can have access to all your drives and media. Other Linuxes are a little restrictive on that aspect. While some distros go out of their way to be MS Windows like, or overly user friendly (we call it dummimg down), Puppy Linux has a good mix so that you are not robbed of learning something about Linux. It seems the computer industry will never shake the idea of dumb terminals hooked up to some really big computer. Some companies would like nothing better than to rent you a terminal and computer time. Like so many people today use subscription TV. Linux is about owning your equipment and the software you put on it while giving you access to the world. And with the Puppy Linux disc or jump drive, you can take it with you.
Posted by rno at 2:11 PM