Black History Month is kind of like a public open window for what I try to do everyday. Black history is so vast that there is more that is forgotten than what is revealed. Now this wouldn't have been a problem but back when Europe was starting to write text books and the opinions of certain scholars dominated the new learning environment, it was expressed that nothing ever came out of Africa, Africa didn't contribute anything worthy of record in history and in fact have not progressed much beyond the primal. They were important, educated, and sought after people who said these things. It started a trend to discount and degrade Africa without further consideration. The result is sort of like the movie "The Avatar". A people considered savages, primitives, etc are sitting on a cash of resources and they don't understand the wealth they are sitting on. So we should exploit them, then remove them. People were enslaved and colonized, resources plundered, generations of their children mis-educated and disadvantaged.

Come to today many of us get bits and pieces of history. We start to put the pieces together to see what happen to us over the hundreds of years. Of course we are the latest rendition of them that struggled. Add in so-called race mixing and travel it is hard to call us a cohesive group dubbed the descendents of the enslaved. But for all we went through there is still disparity, directed injustice, mistreatment via law and attitude triggered by sight and embeded in the psyche of the descendents of ones who did us harm via the institution they created.

It is a big internal to do, a mental wrangling for all of us. This mess is managed by images in media because a picture is worth a thousand words. Not much needs to be said, just show a picture. Black folk scramble to see images of themselves in a positive light. In the US the only pics of Africa has been of poverty and malnourished children, not one of modern cities with banks and business centers and communities of well built homes. One day I will have to go and see for myself.

Now here is what I am involved with: 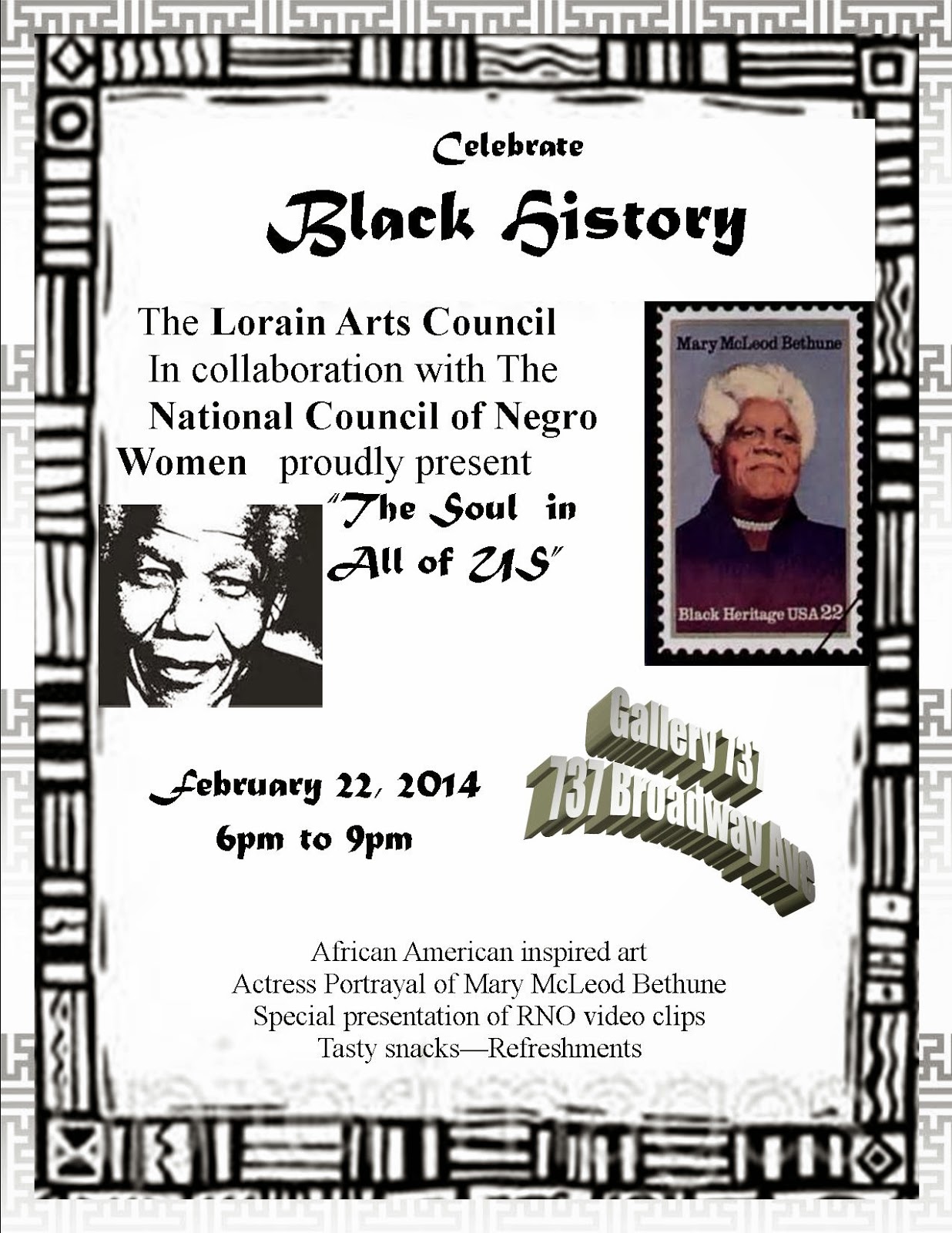 And it is at 737 Broadway Ave, Lorain, Ohio 44052. We are trying hard to appreciate who we are and what we've become. We don't want others to explain us, we tell our own stories, sing our own songs, show the works of our own hands. You get the gist of us, that is all anyone is entitled to. "If you don't know us by now, you will never really know us, oooh oooh oooh!" Ahh sing it baby! It is not just the past but the future too. Yeah we got black astronauts today but we've had Sun Ra since the 40's. We can get Sirius about..................come and see.